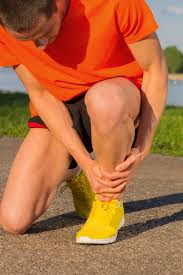 Anyone who has run or cycled for a long time will probably have experienced this type of cramp, if you are an armchair sports fan this is the type of cramp that football and rugby players will exhibit near the end of a game.  Cramps of this nature are most commonly seen in the calf or thigh muscles and tend to happen as a person gets tired, therefore they are more commonly seen in sports that require a high level of either endurance (e. g. a triathlon or marathon), or sports that require repeated high-intensity sprints ( e.g. tennis or football) (1).  There are two commonly cited causes for this type of cramp.

Dehydration and loss of electrolytes

This school of thought proposes that as a person loses water and sodium from their body due to exercise or hot and humid environments it results in sensitization of some of the nerve endings in the muscles.  This action is then coupled with deformation and contracture of the spaces around muscle cells due to a lack of overall fluid, these two actions result in hyperexcitability of the muscle cell and an increase in spontaneous contraction, or cramping (2).  This however cannot be the sole reason as if it were then simply rehydrating with water and electrolytes would resolve the issue.  One small study showed that when water and electrolytes were replenished at a higher rate than lost 69% of athletes still experienced cramps (3).  Also, one of the most immediate and effective treatments for cramps is stretching of the muscle, which has no effect on the fluid balance (4).  Even with these thoughts, cramping in sports is still thought to be a strong indicator of dehydration and electrolyte loss.

Altered neural activity in the muscle 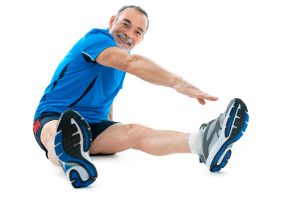 This theory suggests that as a person gets tired, either through a lack of conditioning or excessive activity, the signal sent back to the brain from the nerves situated in the muscle that reduces the tone (golgi tendon organs) in the muscle is lessened.  This results in the nerves traveling to the muscle sending signals that result in a large increase in muscle cell activity, resulting in the cramping (5).   This avenue of thought has been consistently demonstrated across animal and human studies (by inducing muscular fatigue with electrical stimulation) but still has some weaknesses in terms of applicability to real-life environments (the levels of stimulation used was massively excessive of normal muscular signaling) (6).  However, it would explain why stretching works, by lengthening the muscle, you are stretching its tendon, which results in stimulation of the golgi tendon organs, this may ‘reset’ the balance between the spinal and local nerves that are responsible for maintaining the muscle’s tone (7).

How to Prevent Cramping

So if you suffer from exercise-induced cramps, what can you do to prevent them from becoming a problem?  If you are experiencing a cramp stretching the affected muscle will work, but it won’t really prevent them from reoccurring. 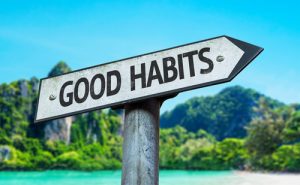 Rule out conditions or medications that can cause cramp – If cramps are a consistent and debilitating problem for you, even without too much fatigue, then it may be a sign of an underlying condition such as thyroid problems, parathyroid problems or liver cirrhosis, usually in these cases other symptoms will also be present.  If you take diuretics for blood pressure regulation these can lead to severe dehydration and cramping.  Other drugs such as those used to treat asthma and lower cholesterol (statins) can also cause cramping in some people (8).

Fluid balance – Even though the evidence for fluid and electrolyte depletion causing cramps is not fool-proof, effective replenishment of water and sodium before and during exercise is still considered a good prevention strategy for reducing cramps for regular sufferers.  As it takes time for the electrolytes and water to be absorbed via ingestion it will not make an instant difference to the cramp but will reduce the likelihood of it reoccurring.  A balanced diet is also important as many electrolytes are replaced with healthy meals (9).

Conditioning– A lack of endurance capacity may be the cause of many cramps, basically a sufferer does not have the appropriate level of fitness to complete the task being asked of the muscle, if this is the case then a review of training methods is the most beneficial solution.  One type of training that has been suggested to help with cramps is plyometric exercises, these are high impact and high intensity leaping and bounding exercises that affect the golgi tendon organs which may lead to an increased tolerance to load in the muscle (10). 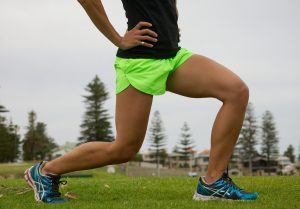 Pickle Juice – Yes, you read that right.  Drinking pickle juice is a popular method for reducing exercises induced cramps, mainly this practice is anecdotal but remains a popular method of controlling cramps, especially in ultra-distance runners.  There is actually some evidence that this could work, a small study in 2010 found that drinking pickle juice resolved cramps 45% quicker than no fluid intake, the authors suggest that it may have an effect on the neural activity in the muscle (11).  Given it is a small study more research would be needed to be confident in this approach.

Quinine – Quinine is the most commonly prescribed medication for leg cramps in the UK, usually it is not prescribed for exercise-induced cramps but it is still mentioned often in relation to reducing cramps in general. There is little evidence that quinine outperforms placebos in large reviews, but it remains an option if other measures have failed (9).

Our advice to help avoid cramping that occurs during exercise is to have a sensible approach to your preparation and training by having a structured training program and coupling this with a balanced diet and sufficient hydration before, during, and after exercise.