Christmas Anatomy – ‘Tis the season to learn about your body! 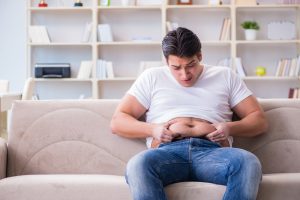 Did you know that there are several anatomical structures in our bodys that are Christmas themed?  Here’s a selection of our favourites…….(some of these may not be entirely factual……)

This concavity is an area of the abdomen that spills over a hastily loosened belt that begins by protruding forwards from below the navel and progressing towards the feet.  It can be enlarged in people who enjoy the Christmas season to the full by consuming excessive amounts of chocolate, turkey and alcohol.  It is often enlarged in the winter (December especially) and then reduces in size early in the new calendar year, especially if the person suffers from the common emotional condition of ‘January Regret’……

The 13th cranial nerve is a mixed sensory and motor nerve that extends the neck and  tips the head back while simultaneously raising the larynx to open the throat when exposed to alcohol. Colloquially referred to as the ‘Party Plexus’, this nerve can become overactive around the 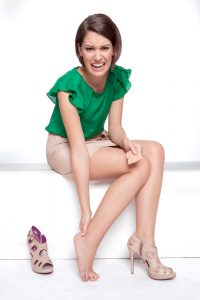 Christmas period with its activity climaxing in the New Year.  People with an overactive Alco-Eosphageal nerve are commonly found with a large Cleft of Celebration, experience frequent headaches and tend to struggle with lethargy in the morning.

A highly sensitive structure (innervated by the intertoylocator nerve) found on the sole of the foot that many people are unaware they have until they step on a child’s toy in bare feet on Christmas day.  Once this ligament has been discovered/aggravated it may make the owner of the foot hobble around pitifully while emanating a high pitched whine that sounds like someone trying not to shout at the kids, or swear in front of family. Not to be confused with Ikea-Tarsal Prominence that is found on the end of each toe and is used to locate furniture in the dark….

A very small set of muscles that exhibit exquisitely fine control over the wrist and fingers that enable the person to wrap objects with a high degree of skill.  People who have a highly trained 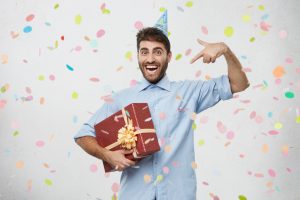 Papertapealis group can be recognised by their ornate and beautiful wrapping of the most obtuse presents, whereas people who have not adequately trained this muscle (most commonly men) can end up making a book look like a wrapped wine bottle and vice versa.  However, compared to those who are single, married males seem almost instantaneously to develop this muscle, exhibiting the fine control needed to wrap their relatives presents ( the ‘hyperdelegation effect’). This suddenly acquired skill remains a medical mystery…..